LUSAKA High Court judge Gertrude Chawatama has dismissed a case in which Fumba Chama also known as Pilato and four others wanted to challenge the decision of the Electoral Commission of Zambia (ECZ) to compel duly registered voters to present themselves for verification under a new register for the 2021 general elections as a condition to participate in the poll.

Pilato, Maiko Zulu, Brian Bwembya popularly known as BFlow and two youths Nawa Sitali and Muleta Kapatiso were seeking leave to commence judicial review proceedings to challenge the decision by the ECZ which they argued that it was illegal.

Pilato and Others through their lawyers Mutembo Nchito and Musa Mwenye wanted the court to quash ECZ’s decision for being unreasonable.
But ECZ Chief Electoral Officer Patrick Nshindano urged the court not to grant the applicants’ application because the case was prematurely before court.
He explained that the case by Pilato and others was similar to two other case in court already in which applicants are seeking similar remedies.
Nshindano urged the court not to entertain the application.

“The applicants are prematurely before this Honourable Court as the respondent is guided by the Electoral Process Act in carrying out of the voter registration exercise and the law provides for a redress mechanism for persons aggrieved with the registration process,” Nshindano submitted. 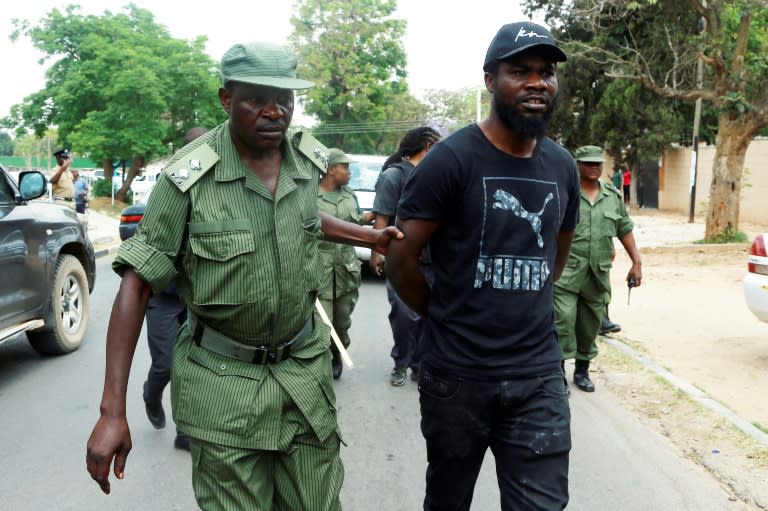 In her ruling, judge Chawatama said allowing proceedings in the Pilato case to proceed might lead to conflicting decisions by herself and judge Mwila Chitabo who is presiding over a similar matter by the UPND and that that would bring the integrity of the court into disrepute.

She said the decision which would be made before judge Chitabo, although brought by the UPND, would resolve the issues which Pilato and Others have brought before her.

“I agree with the ECZ that the motives for the respective applicants may be different, the rights they all seem to protect are not of those individual groups or the groups they represent,” the judge said.

Judge Chawatama said the complaints emanated from a set of facts, and that is the decision of the ECZ to require currently validly registered voters in terms of the law to participate in a process that amounts to requiring them to register as voters in a period of one month.

“The reliefs sought in the two matters are similar, the gist of which is to quash the said decision of the respondent,” she said.

Judge Chawatama added that she was also alive to the fact that whatever decision she would make, it might impact on the application for leave for judicial review.

She dismissed the application and granted Pilato and others leave to appeal.

Judge Chawatama however, ordered that each party will bear own costs.

Group spokesperson Muleta Kapatiso after the ruling said the applicants were shocked that the matter was dismissed on grounds that it was similar to that of the UPND.

“It comes to us with shock because in our view, this amounts to telling us that until one case which is being handled by judge Chitabo is heard and finalised, no other citizens will raise anything on similar grounds. We will not be forced to join the UPND and their case,” he said.

“We will continue to seek other avenues to ensure that ECZ is accountable.”